Soccer in the comics

Although not a US comic, Andy has always been a US favorite. Created by Reg Smythe (1917-1998) now in the hands of Mahoney, Goldsmith and Garnett...Creators Syndication 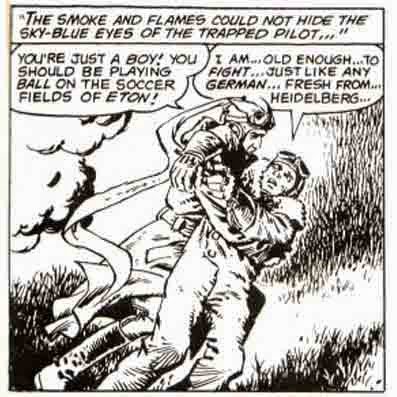 The smoke and flames could not hide the sky-blue eyes of the trapped pilot
von Hammer: You're just a boy! You should be playing on the soccer fields of Eaton.
English pilot: I am...old enough...to fight...any German...fresh from...Hidelberg...

Enemy Ace, the story of German Air Ace Hans von Hammer, created by Robert Kanigher and Joe Kubert. I recently came across this soccer reference from DC Comics The Unknown Soldier #251, May 1981, written by Robert Kanigher, art by John Severin...


Note the reference to soccer instead of football for the American readers...

Meg by Greg Curfman
this covers several favorites of mine, soccer, baseball and comic crossing over into other comics..


We had one girl on my son's first grade team that was chasing butterflies during the game!

2012.11.11 a portion of the Blondie Sunday comic where Dagwood and Elmo look at clouds...other panels showed a baseball player, a hot dog and a pizza chef... 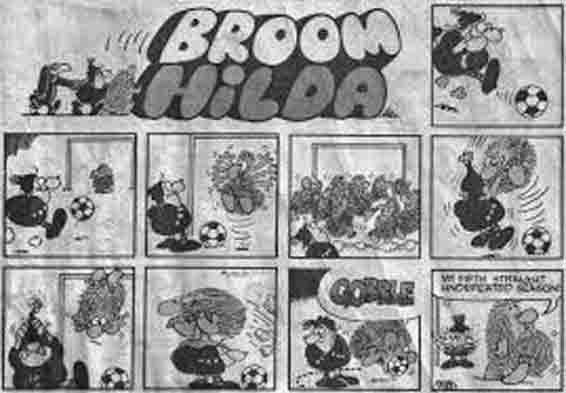 Get Fuzz by Darby conley 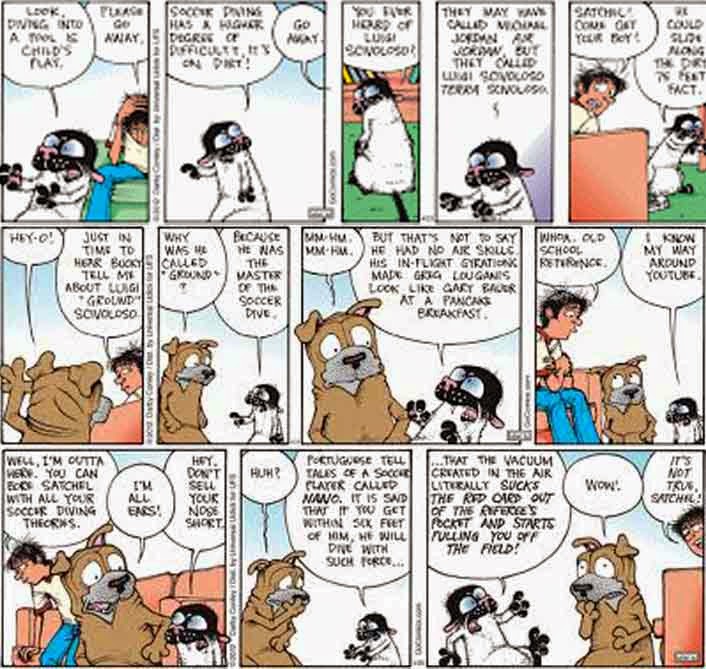 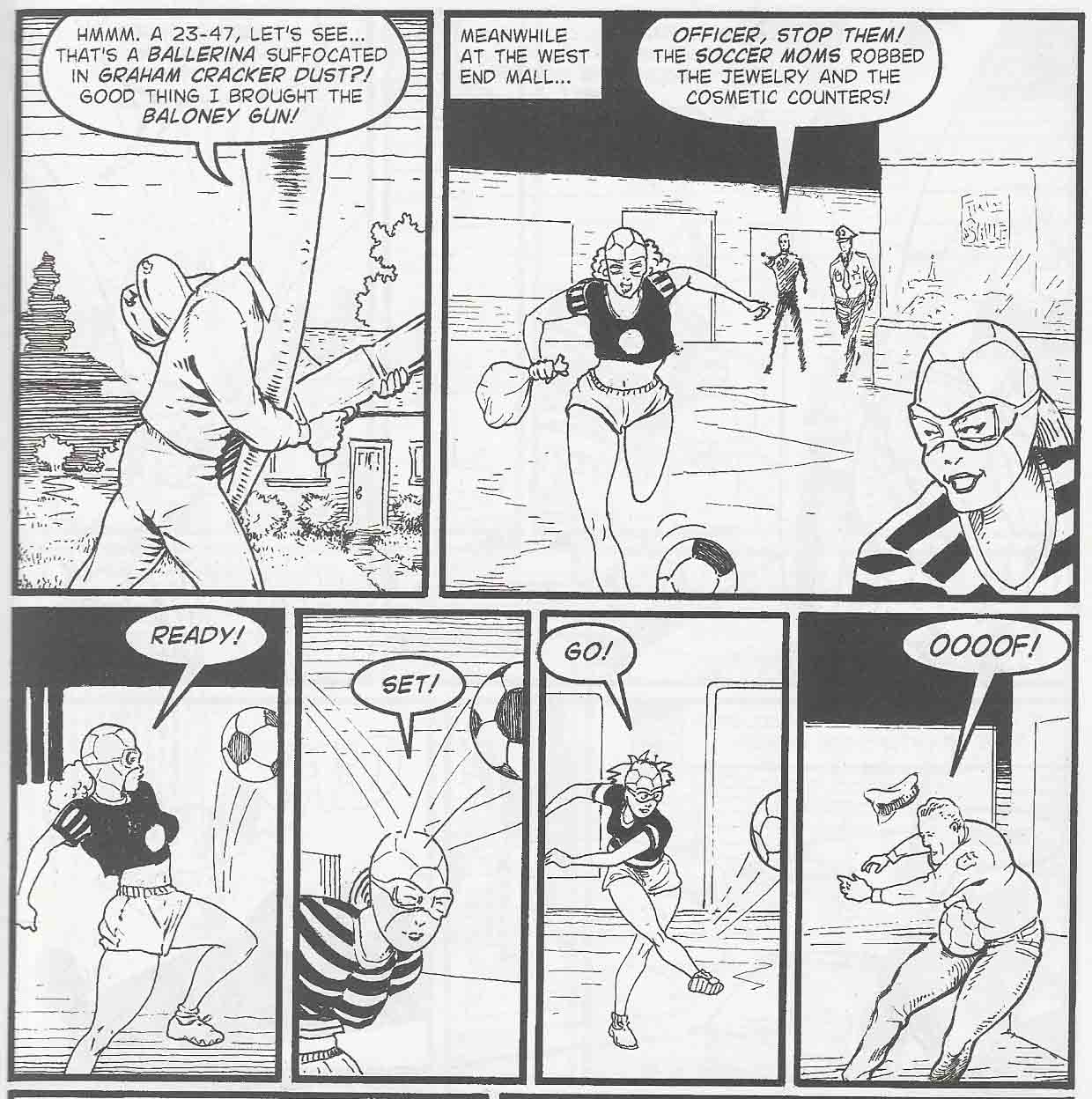 So I am at a comic book show yesterday and picked up Flaming Carrot. As I leaf through the pages I noticed one of the crime gangs he fights is the Soccer Moms, who use their soccer skills to thwart the police. Written by Bob Burden in 2005, Image comics #2 (#34 in the regular series).. 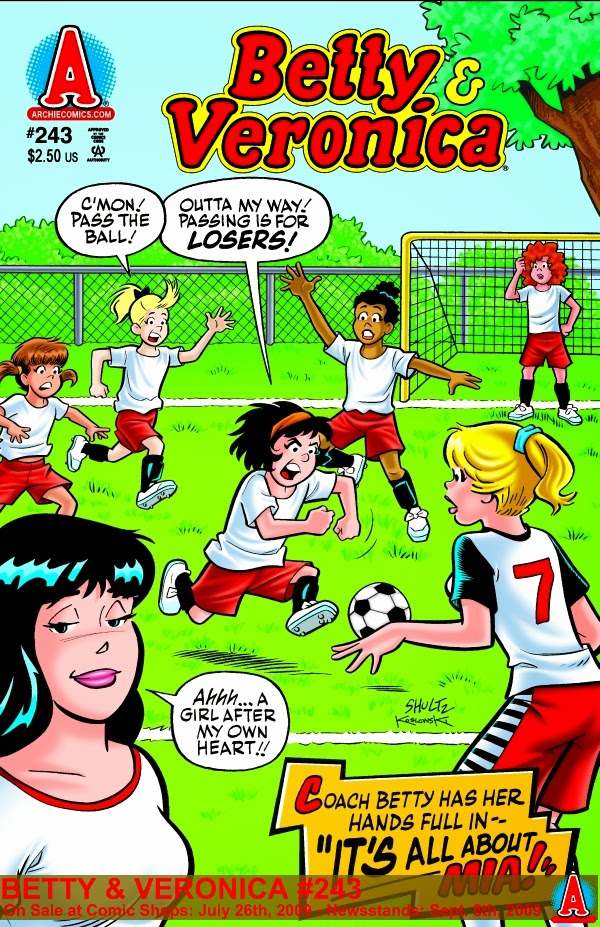 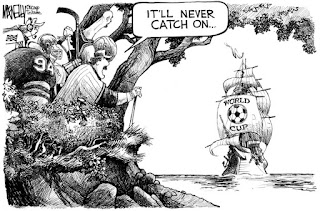 Jeff MacNelly - editorial cartoon probably from 1994, I just came across this...