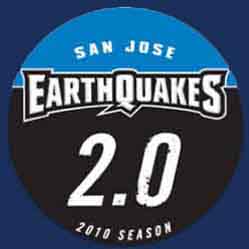 San Jose Earthquakes introduced the Win Pin in 2010. After each Earthquake home victory a Win Pin is distributed to the faithful fans, as they exit Buck Shaw Stadium.

Based on the Richter scale the first pin is marked 1.0, each subsequent win brings the number up to match the number of home victories.

As part of the promotion the pins are accepted at select retail and restaurants for discounts.

The Pins appeared at the Earthquake home opener March 27, 2010. Unfortunately the Earthquake lost to Real Salt Lake 3-0. The Earthquake finished in 8th place (6th in the Western Conference) with a record of 13 - 10 - 7. 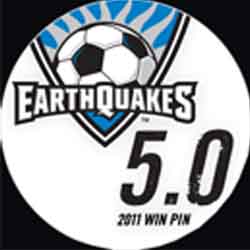