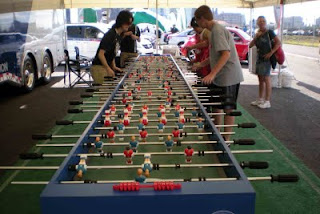 Volkswagen - The biggest foosball table I have ever seen!

The MLS All-Star game fan fest held outside of Red Bull Arena offered plenty to do, including games of soccer tennis, shooting on targets, being a goalkeeper, X-box games and other activities. The one that Mike enjoyed the most was where I sat in a chair with a water balloon over my head. He gets to kick a soccer ball at a target which would break the balloon and release the water onto my head. Mike hit it on the first shot. The cool water actually felt good as it ran down my back. On my turn I missed all three shots, getting close once.

Pepsi had a street band with street jugglers, Continental tires raffled a signed soccer ball, Allstate gave away jerseys. Several vendors gave away t-shirts, towels, lanyards and photos. I was amazed how many offered a photos - some turned into trading cards, one with the MLS Cup, all with their company logo and the All-Star game logo... 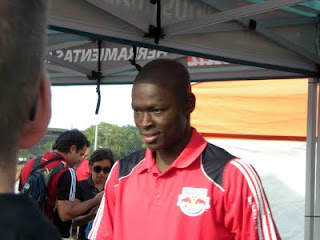 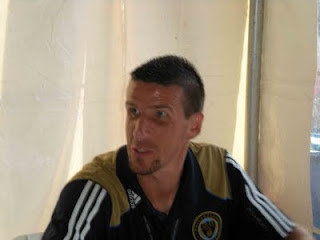 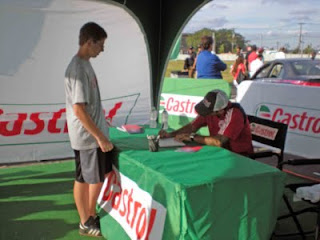 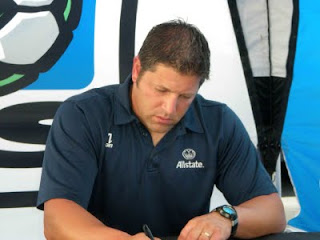 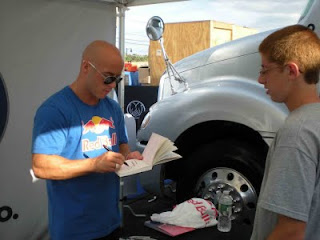 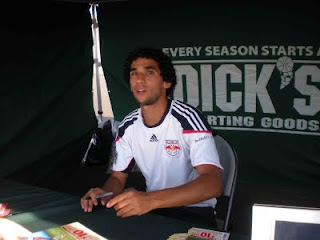 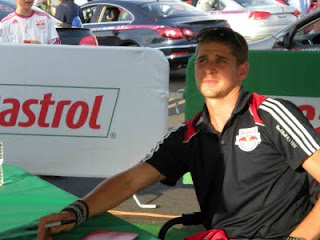 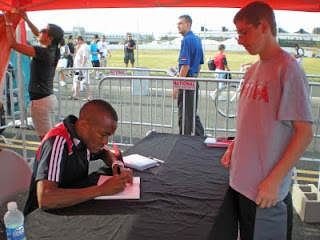