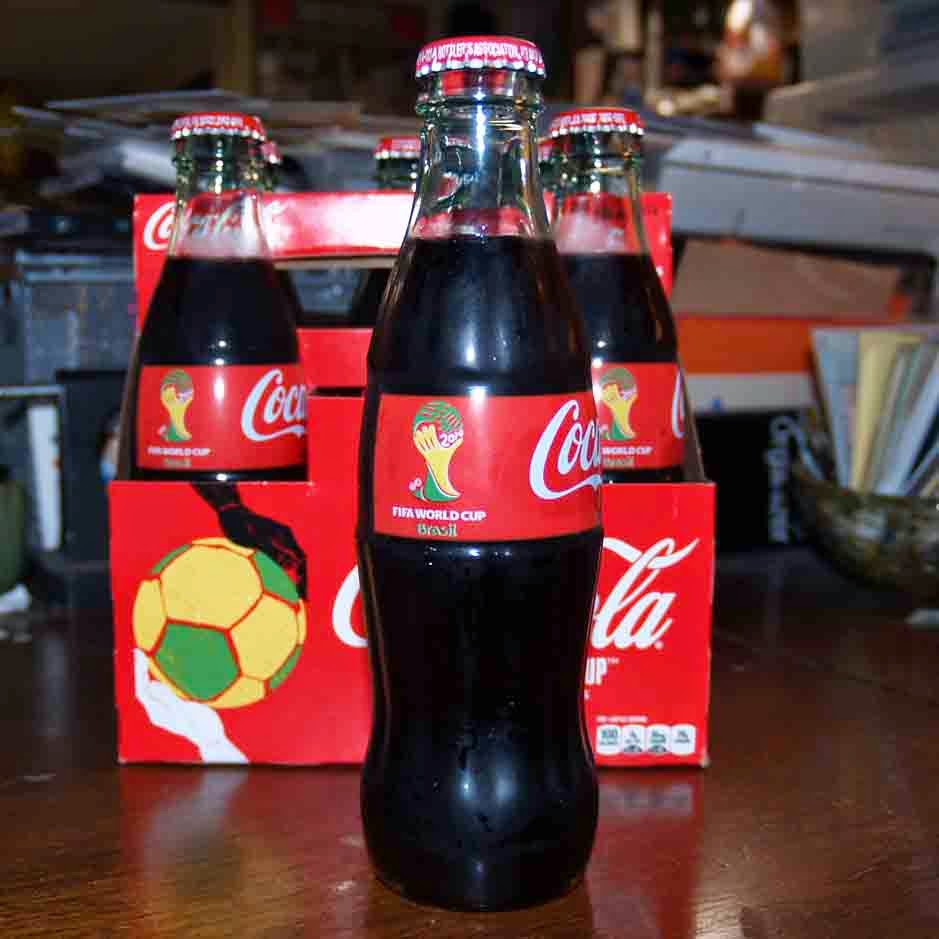 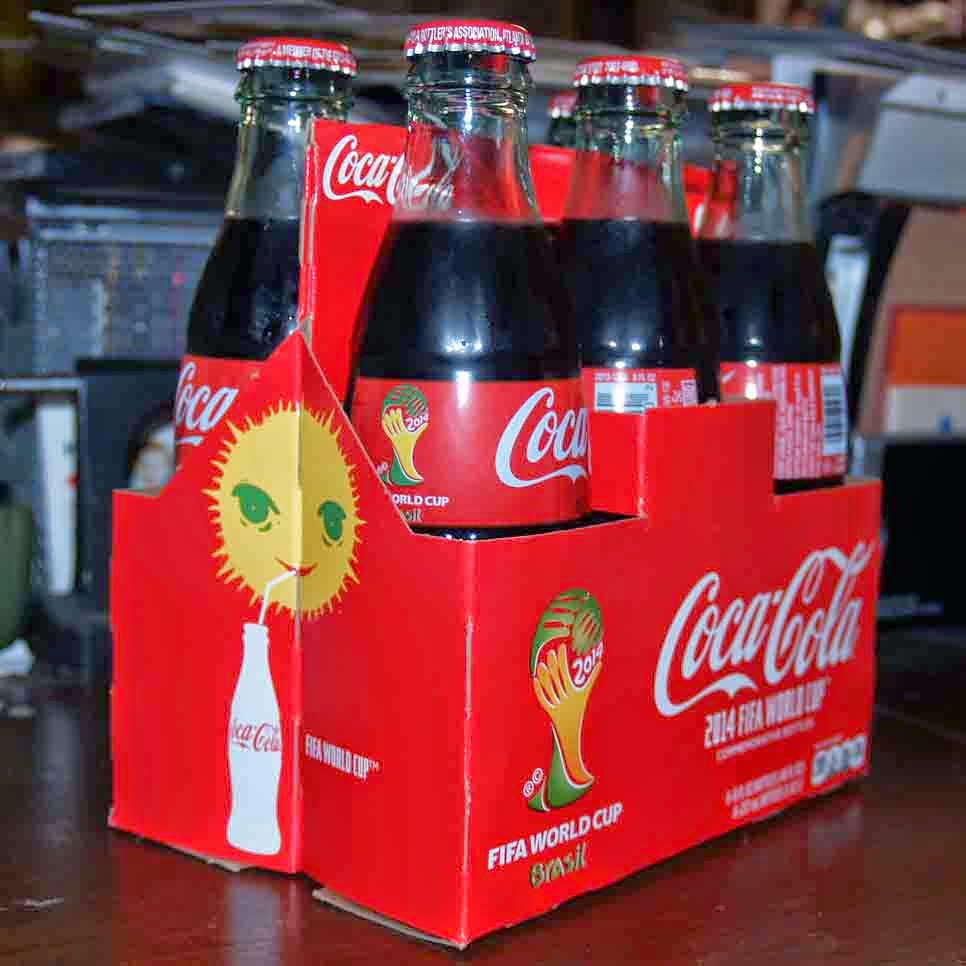 Coca-Cola glass 8oz 2014 FIFA World Cup commemorative bottle. A nice little green and yellow World Cup trophy imprinted on the bottle. The carrying case has a different design on each side. the side not shown features a red soccer ball Coke label amidst smiling green and yellow faces. 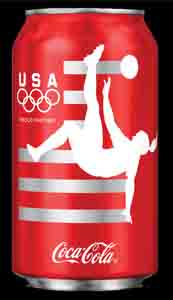 A new can design will hit the markets every 2 weeks, with the design also being used on bottle labels..

Coca-Cola has been issuing promotional cans for soccer and various other sports issued from various countries for many years. Coke BR News blog has an excellent display of these items... 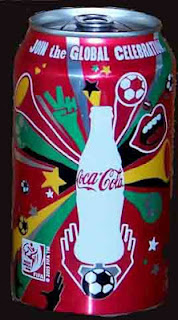