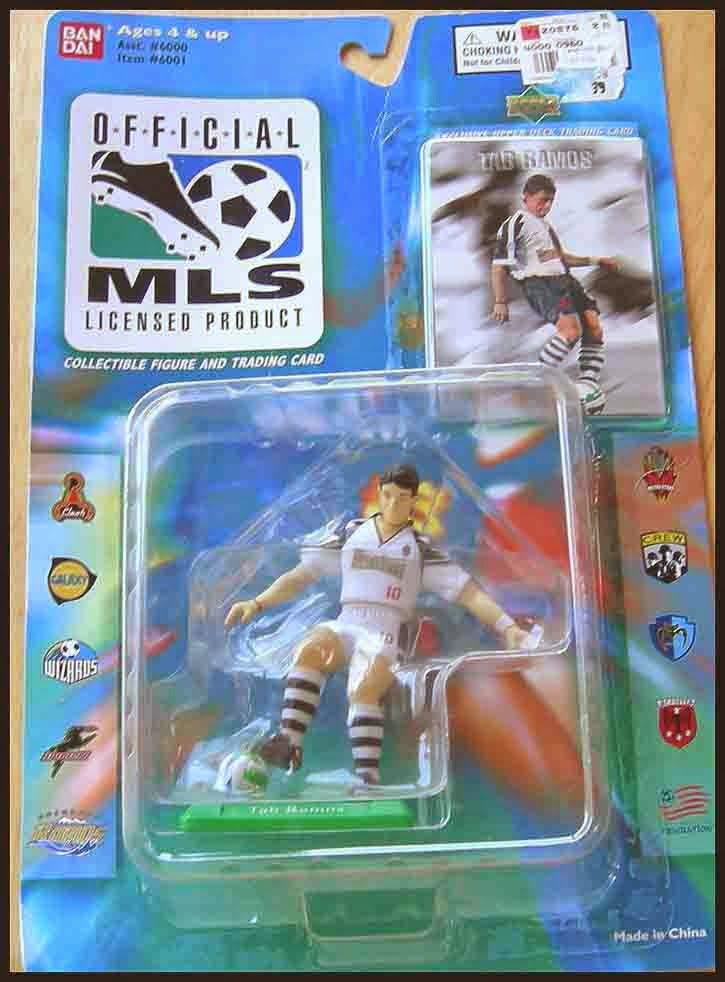 Bandai produced several figures for the MLS in conjunction with it's inaugural season. Each figure came packed with an Upper Deck trading card. The cards have an action shot on the front and a head shot and bio on the back. 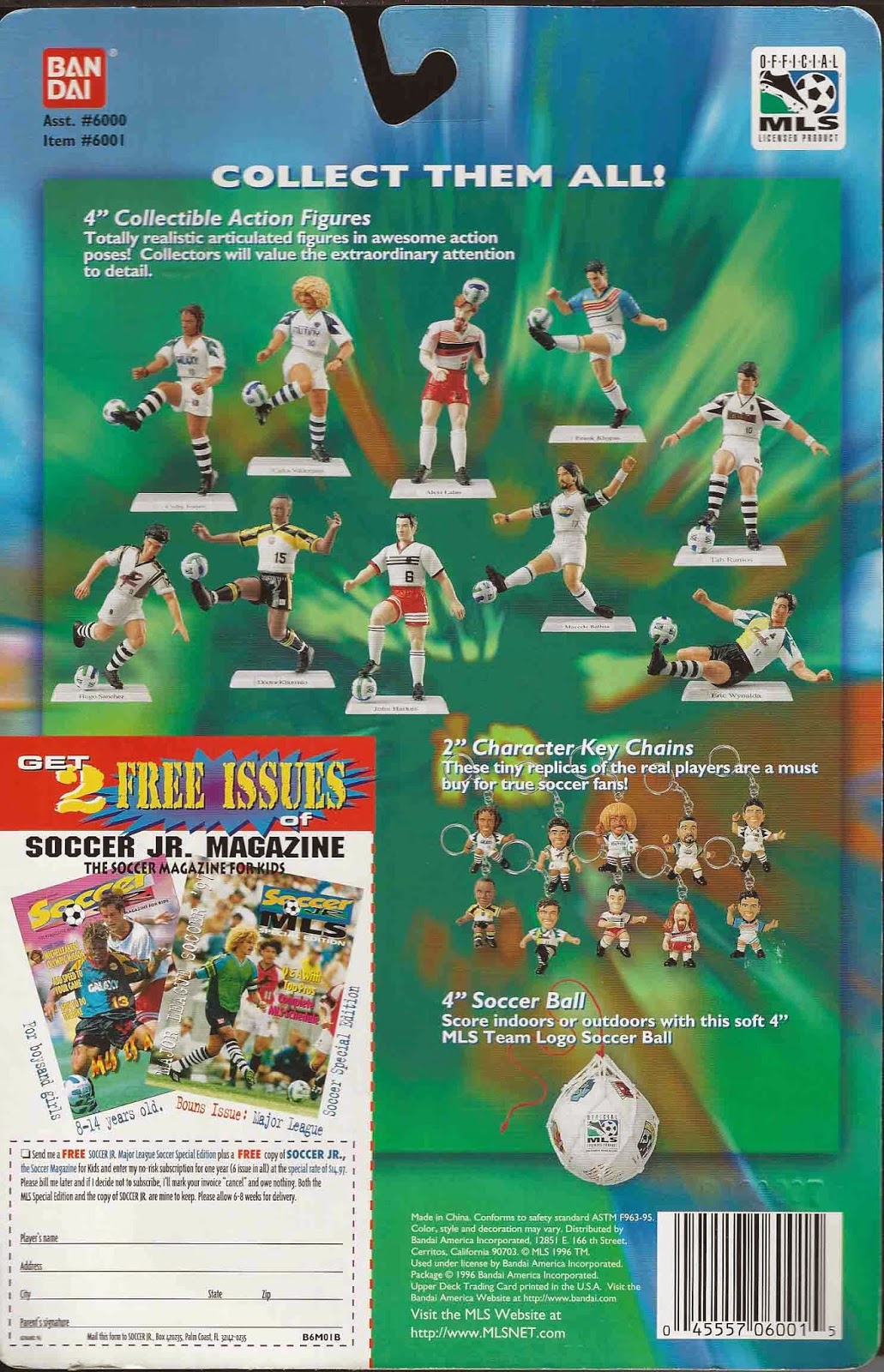 I finally picked up a Tab Ramos, which I had kept putting off for another time. The back of the package shows all of the MLS figures as well as their 2" keychain counterparts.

The full figure is 4" tall with a green base, although the images on the back of the package show a white base. My figure still has the original $5.99 price sticker...