After Post Cereals issued cereal boxes with Alex Morgan and Omar Gonzalez, I decided to do some research on older cereal boxes that may have been issued. 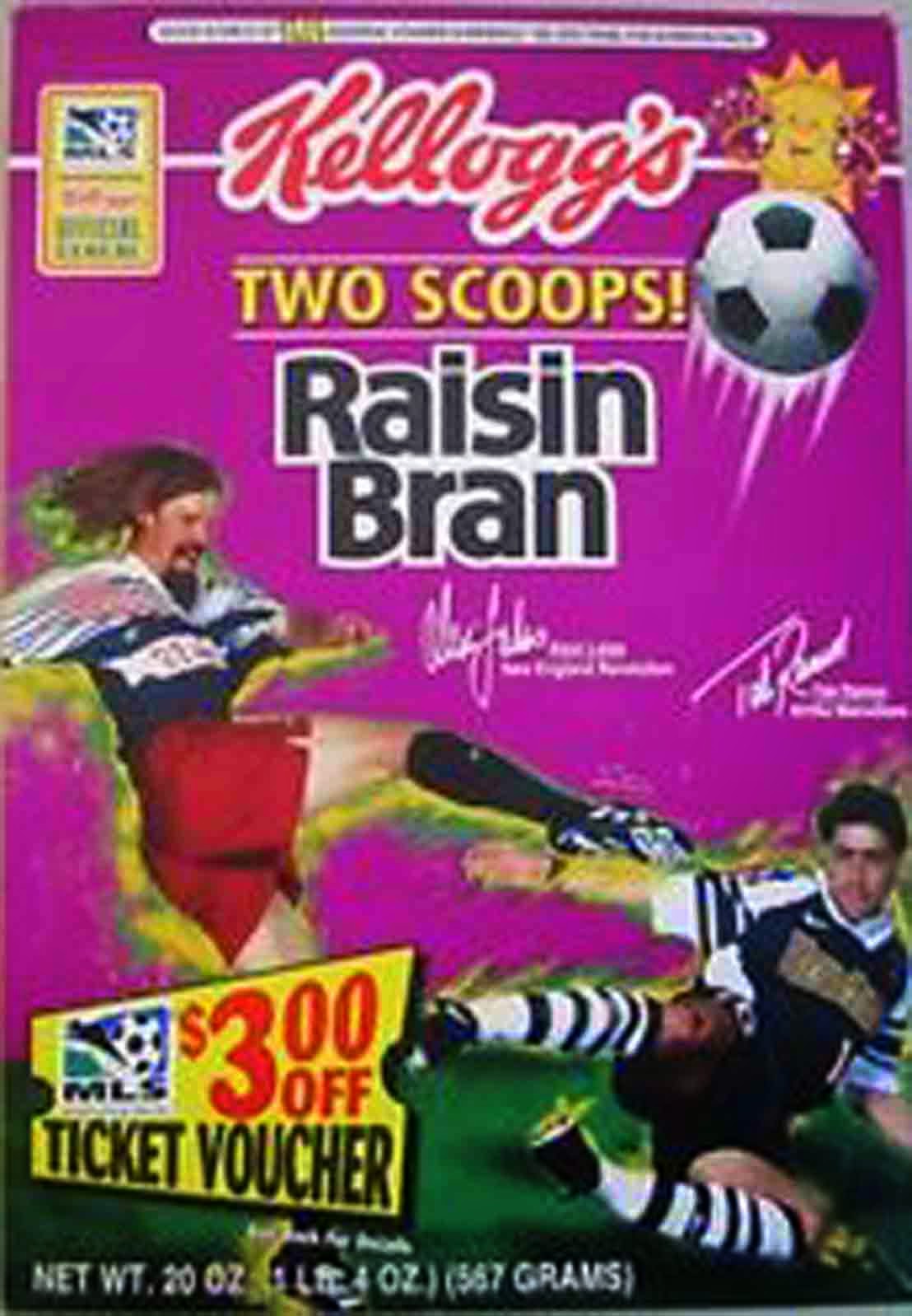 In 1996 Kellogg's featured several players for the inaugural season and continued to do so over several years. In 2002 Kellogg launched a special edition of it's Frosted Flakes cereal featuring the Kansas City Wizards following their 2000 MLS Cup Championship and the San Jose Earthquakes following their 2001 MLS Cup championship.. 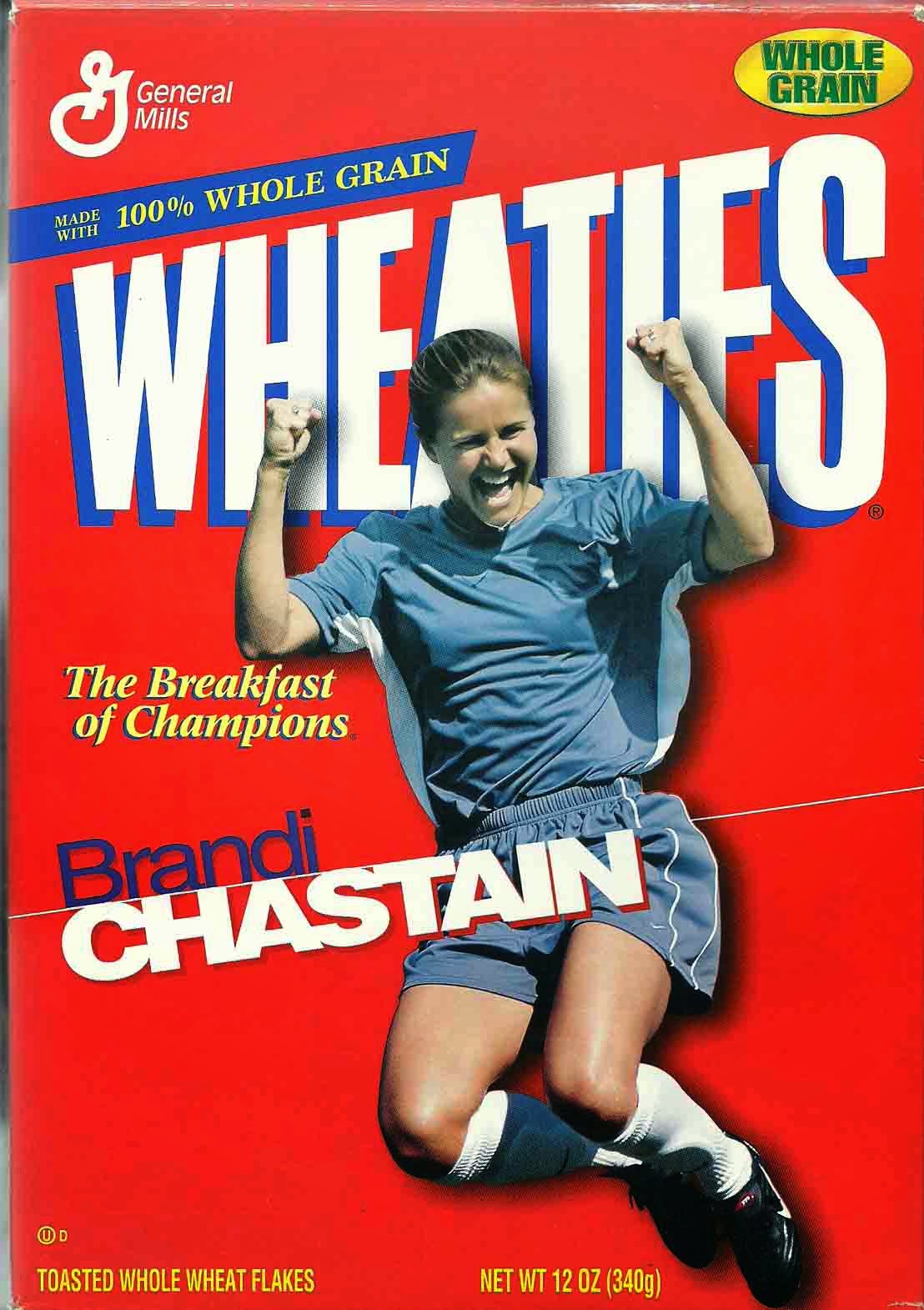 In 1999 Wheaties, famous for all of the athletes they feature on their boxes joined the women's soccer craze honoring members of the US Women's National team following the  US Women's World Cup held in the US in 1999. Brandi Chastain, Brianna Scurry and Christine Lily were each featured individually 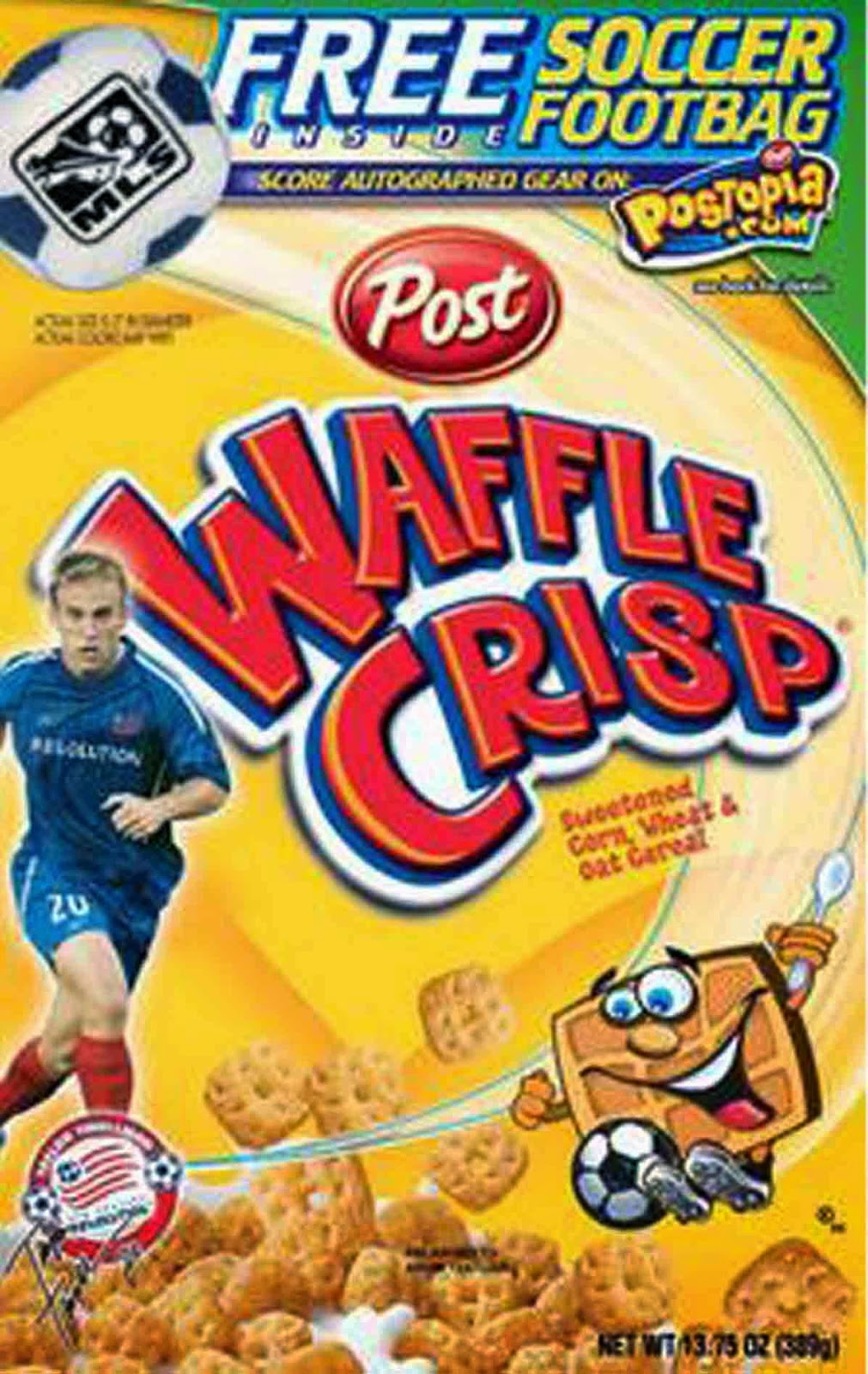 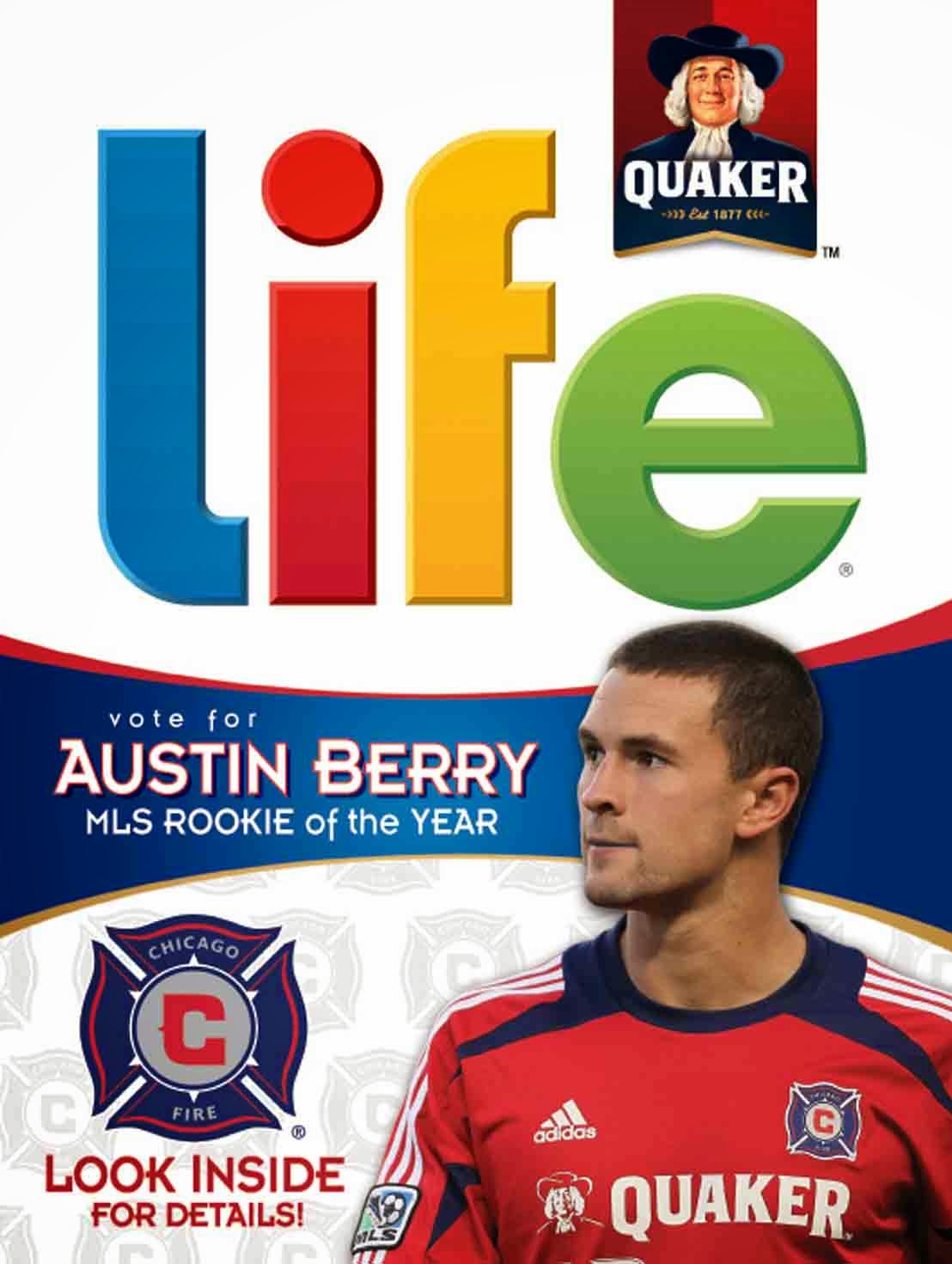 2012 Quaker's Life cereal box featured Chicago Fire's Austin Berry. As sponsor of the Chicago Fire Quaker took it upon themselves to help promote Berry as the selection for 2012 MLS Rookie of the Year, which he was awarded... 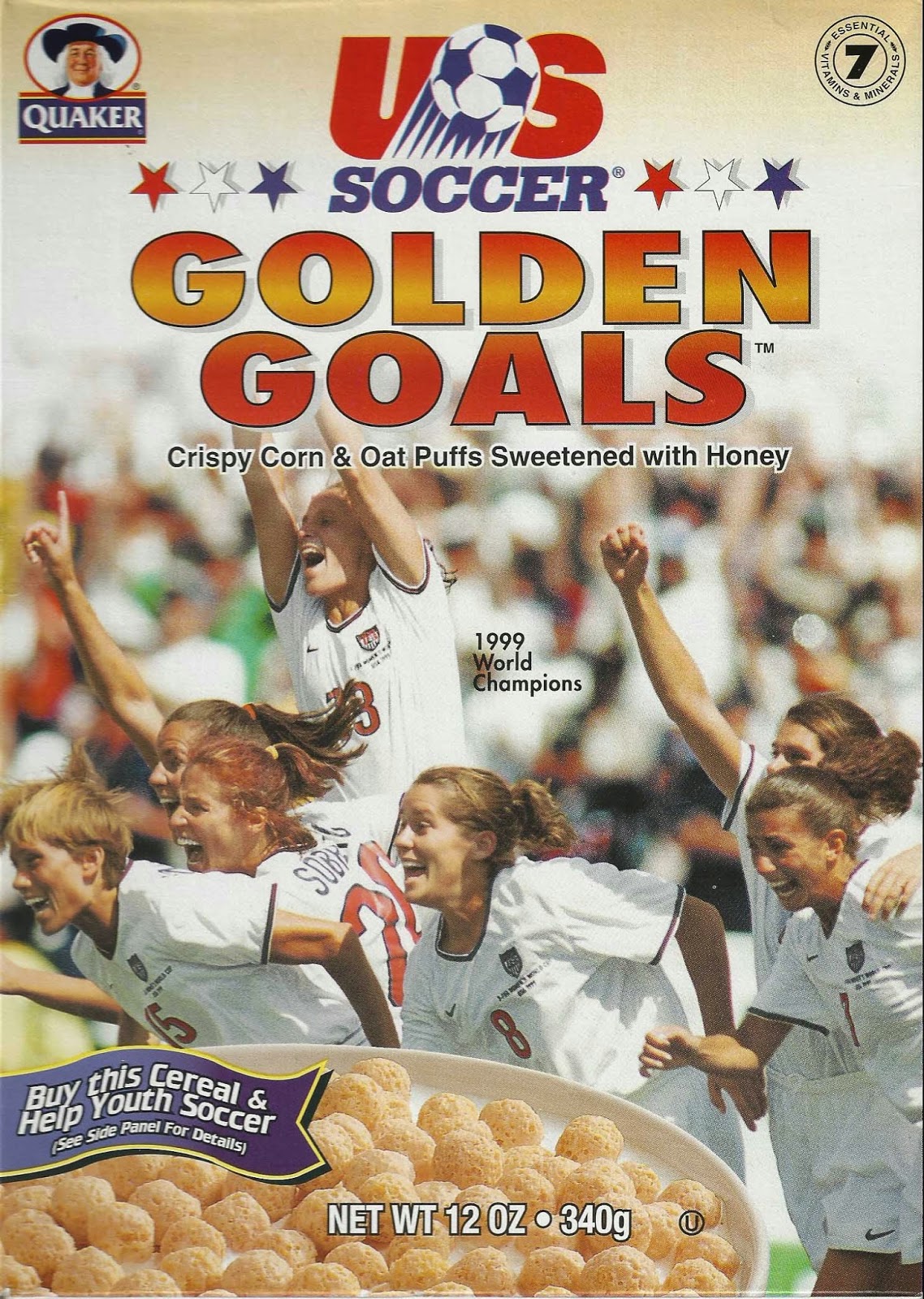 Posted by RRobinson at 3:30 PM