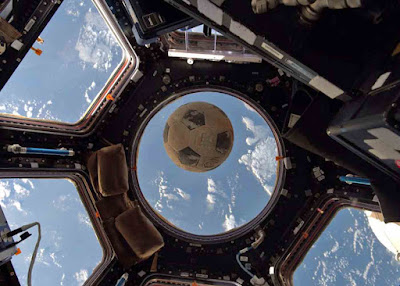 When Ellison Onizuka prepared for his second space flight aboard the Challenger STS-51L, he asked his daughter to recommend something to bring with him. Each astronaut is allowed a small personal package to bring into space. His daughter was playing soccer at Clear Lake High School, Houston, Tx and recommended a soccer ball signed by the team. Onizuka packed the ball into his personal belongings bag.

After the Challenger accident, Jan 28, 1986, the bag of personal belongings was recovered and returned to the Onizuka family. The ball was returned to the high school, placed on display and given little thought over the years.

Shane Kimbrough was preparing for his mission Expedition 49/50, in 2016, he went to current Clear Lake High School principal Karen Engle offering to carry a school moment into space. Kimbrough's son was attending the school at the time.

"I'm honored to be a part of bringing this small piece of Challenger's legacy to the International Space Station," Kimbrough said. "Remembering the Challenger crew is important to all of us in the astronaut corps, and all of us at NASA, and I hope that when the ball is returned to Clear Lake High School, it will be a reminder for generations to come."

The soccer ball returned from space and is one display at Clear Lake High School. ESPN aired a program as part of their E:60 series title "Bonds of Earth" telling the story of the space bound soccer ball. 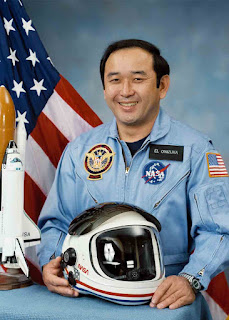 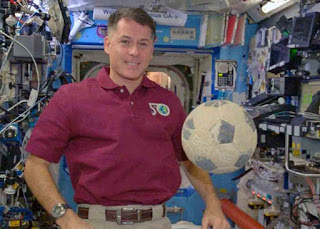 Astronaut Shane Kimbrough
NASA
ESPN
Posted by RRobinson at 10:47 AM