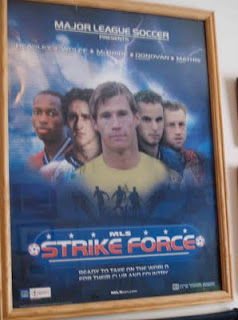 After the Metrostars - Chicago Fire game, an autograph session for members of the Mighty Metros fan club, was held with Demarcus Beasley and Josh Wolff from the Chicago Fire and Clint Mathis from the Metrostars...Mike could not attend the game or autograph session, since he had a game that afternoon. Matt however was available but did not want to attend the game. An agreement was made that Matt and I would attend the autograph session, he would get the Mathis autograph for himself, and obtain Wolff and Beasley for Mike. We were first in line and , as everyone else had to come from the game. By the time they started the signing, Beasley had still not come from the locker room and the "officials" did not want to wait any longer. Limited to one autograph each, Wolff was kind enough to sign Mike's book and the poster provided, Mathis also signed the poster. Just as we were leaving the autograph table Beasley arrived. I had to convince the "officials" to let me go back and get Beasley's autograph, which they allowed, since I had just left the table.

The Strike Force was a promotion to present the top strikers in the MLS to the viewing public. 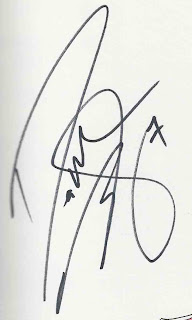 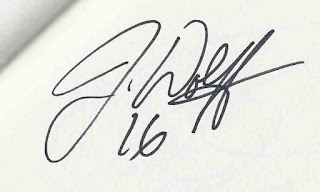