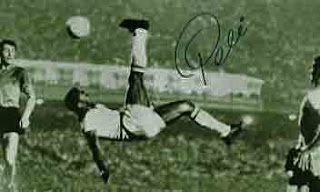 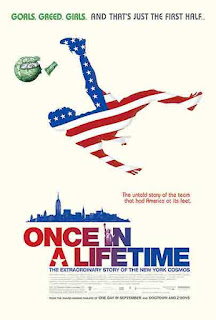 The 2006 documentary and companion book "Once in a Lifetime" about the Cosmos soccer club featured the Pele bicycle kick under the heading "Goals, Greed, Girls". Telling the story of the NY Cosmos, founded in 1971 and dissolved in 1985, and how they brought soccer to the USA through the heroics of it's international stars, Pele, Giorgio Chingalia, Franz Beckenbauer, Carlos Alberto.  although his silhouette is on the poster, Pele declined to be interviewed for the documentary. 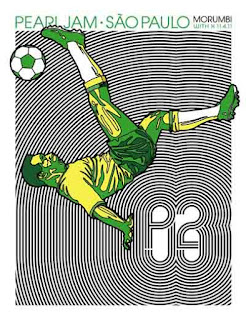 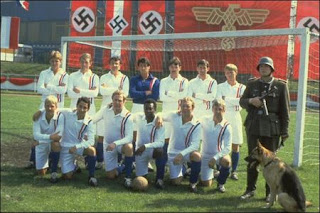 Werner Roth portrayed the German team Captain and Max von Sydow the prison commandant. The movie was based on the 1962 Hungarian movie "Two Half Times in Hell" directed by Zoltan Fabri
Posted by RRobinson at 5:49 PM