2002 - The Might Metros fan club distributed a calendar to the members. The calendar ran from April 2002 - March 2003, with an individual MetroStar player featured each month. The centerfold was a duplicate of the min-poster, without the Mighty Metros logo in the lower left hand corner. Each month also featured a "Did You Know" with interesting information about the MetroStars. The "Did You Know" from August to November 2002 and January 2003 were bilingual advertisements for Palmolive-Colgate products, the sponsor of the calendar.. 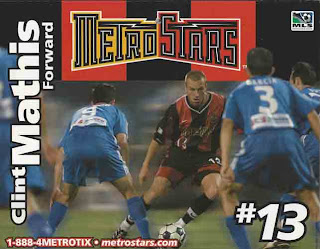 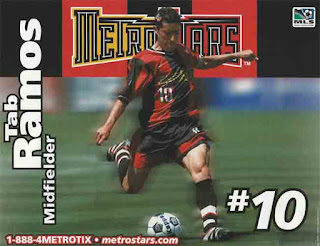 May 2002 - Tab Ramos #10
Did You KNow - Tim Howard and Steve Jolley were the only MetroStars players to play in every minute of every MetroStars game during the MLS regular season, the MLS playoffs, the US Open Cup and the Copa MercoNorte tournament in 2001... 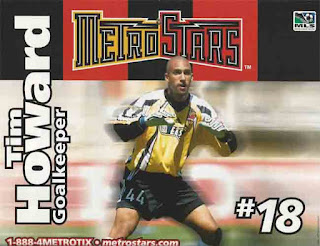 June 2002 - Tim Howard #18
Did You Know - Striker Rodrigo Faria became the first MetroStars player to win the MLS Rookie of the Year award... 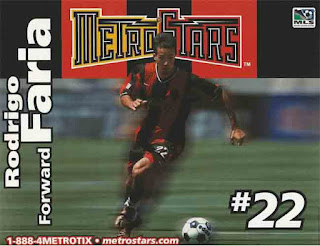 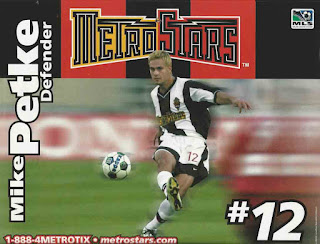 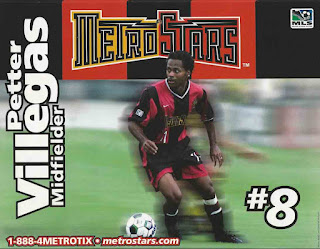 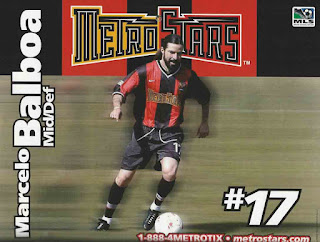 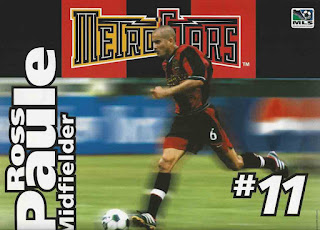 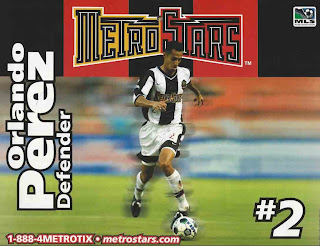 December 2002 - Orlando Perez #2
Did You Know - In 2001, defender Daniel Hernandez recorded a career-high 7 assists during the regular season. Prior to 2001, he had only recorded 3 assists total in his previous 3 years. 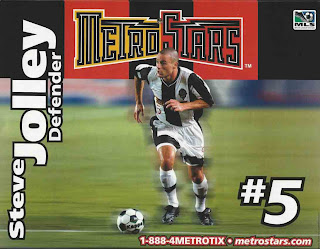 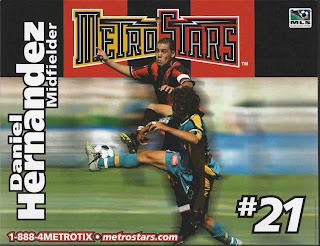 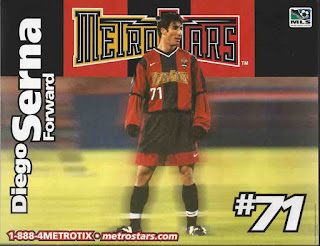 March 2003 - Diego Serna #71
Did You Know - Head Coach Octavio Zambrano is the MetroStars' all-time coaching leader with 30 wins in the regular season.


I like this calendar, it has a nice design and graphics, most of the photos are excellent, especially Mathis challenging 3 defenders...
Posted by RRobinson at 5:00 PM