Liverpool faced the Tottenham Hotspurs at M&T Bank Stadium, home of the NFL's Baltimore Ravens.
In a 0-0 draw Fabio Borini made his Liverpool debut, while Stewart Downing made his first pre-season appearance.  Borini had his best opportunity to score as Jordan Henderson swung a deep cross to the back post where Borini was waiting. Unfortunately Borini could not get his shot on target. 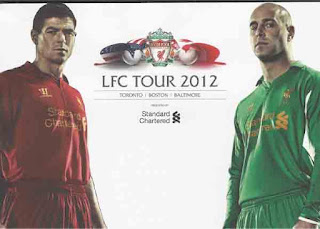 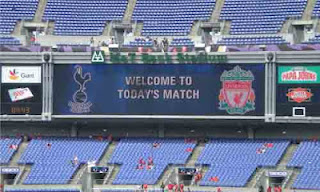 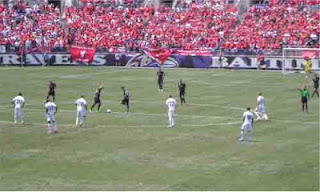 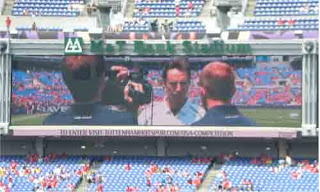 NBA star Steve Nash, wearing a Tottenham jersey, being interviewed before the game.
Nash grew up playing soccer, his siblings played college and professional soccer, has also practiced with the NY Red Bull an participated in Showdown in Chinatown an 8v8 charity soccer game. Nash's father was born in Tottenham and are both lifelong Hotspur fans...

Sea of Red as seen from our seats... 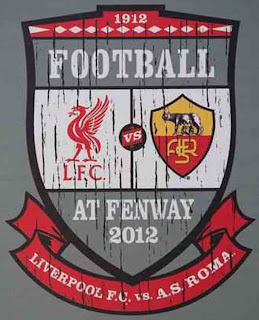 Logo used at Fenway, when Liverpool met AC Roma. Liverpool was sold to the Fenway Sports Group in 2010...