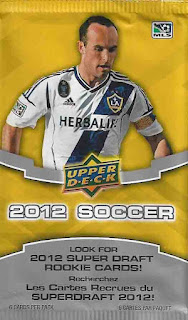 2012 Upperdeck Retail pack - although not marked as a retail pack. Found this in Target, which was a great surprise to see it amongst the baseball and football cards. The pack sells for $1.00 and has 6 cards. The promotion on the pack says "Look for 2012 Super Draft Rookie Cards" in English and French. There are no memorabilia or autograph cards available in these packs... 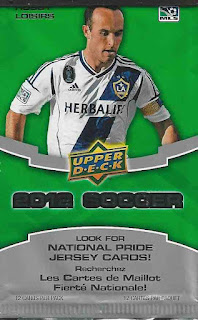 The 2012 Hobby pack, which indicates it as a hobby pack in the upper left hand corner retails for around $5.00 offers the promotion "Look for National Pride Jersey Cards!"
The hobby edition features autograph and jersey cards as part of the 200 card base set. The set features the first MLS card for Robbie Keane.Odds of finding game used memorabilia 1:5, autographs 1:20.. 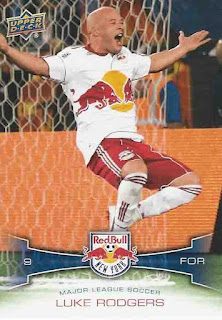 Luke Rodgers base card -Rodgers was a Red Bull fan favorite in 201, who did not return in 2012 due to problems obtaining a work visa... 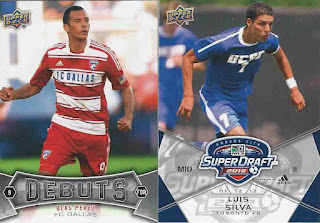 Player Debut cards and Super Draft cards featuring incoming rookies in their college jerseys...
-
Purchased a box and got the following: 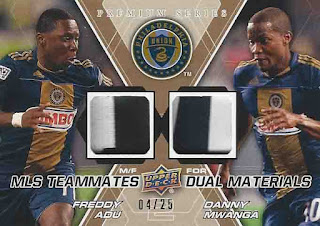 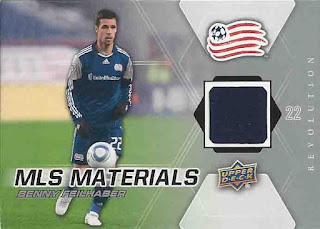 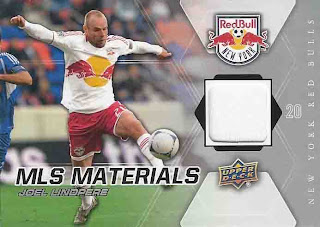 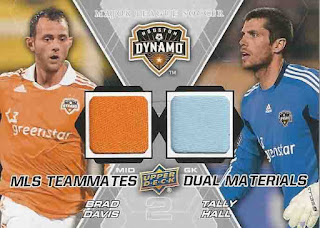 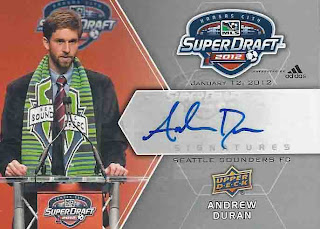 Posted by RRobinson at 8:00 AM