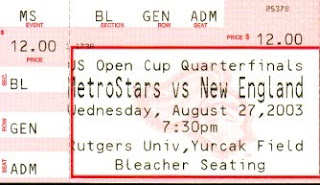 The Metrostars defeated the Revolution 2-1 in the quarterfinals of the 2003 LaMar Hunt US Open Cup before 3,853 fans. With the win the Metrostars advanced to the semi-finals.

In the second golden goal overtime period, a Mike Magee corner was headed in front of the net by Metrostars captain Eddie Pope. Amado Guevara then pounced on the pass to put the ball into the back of the net past Revolution goalkeeper Adin Brown.

The Metrostars defeated DC United in the semifinals, but lost to the Chicago Fire in the finals. the US Open cup was founded in 1914 and is open to all US Soccer Federation affiliated teams.

Yurcak Field, Rutgers University was dedicated in 1994, and seats 5000 fans at capacity. A great place to see a game. 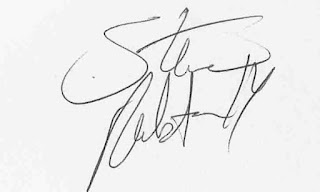 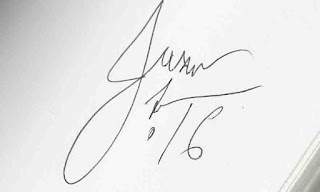 Following the game as we left the bleachers we were near the entrance to the locker room used by the Revolution. Even though they lost a tough game Ralston and Moore were gracious in signing autographs...
Posted by RRobinson at 3:11 PM