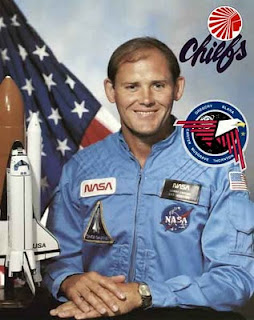 Manley Lanier "Sonny" Carter, Jr. (August 15, 1947–April 5, 1991) was an American physician, professional soccer player, Naval officer, and NASA astronaut who flew on STS-33. He was scheduled to fly on STS-42 at the time of his death in the crash of Atlantic Southeast Airlines Flight 2311 in Brunswick, Georgia while on a commercial airplane traveling for NASA.

He received a bachelor of arts degree in chemistry from Emory University, in 1969 and a doctor of medicine degree from there in 1973. After completing medical school in 1973, Carter completed internship in internal medicine at Grady Memorial Hospital in Atlanta. In 1974, he entered the Navy and completed flight surgeon school.

Carter played collegiate soccer and ran track at Emory university. His senior season, he was captain and most valuable player on the soccer team. In 1970, Carter signed with the Atlanta Chiefs of the North American Soccer League, for whom he played three seasons. 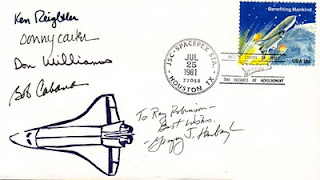